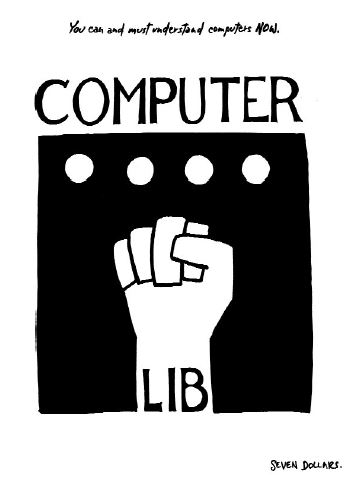 Ted Nelson is an American philosopher, sociologist and pioneer in information technology. Since the early 60s of the old century he is striving with his work to make computers more accessible to ordinary people.

“The myth that things have to be complicated to do anything for you is pernicious rubbish.Well-designed systems can make our mental tasks lighter and ourachievements come faster.”

Ted Nelson was with his ideas ahead of his time. Already in 1965 he coined the terms hypertext and hypermedia.An early idea of the terminology as we know and use it today.

If computers are the wave of the future, displays are the surfboards.

As history shows, it will take a few years before Nelson’s idea of a personal computer with a graphical user interface was realised.

What is a graphical user interface?

A graphical user interface, abbreviated as GUI, allows the use of the computer through graphic symbols. This works with a computer mouse or by simply pointing with the finger at a touchscreen. This marks a fundamental change in operationg concept.Until then the only access was via the Command Line Interface (CLI).

The concept of GUI in the modern sense dates back to the 1970s by Xerox PARC in California. 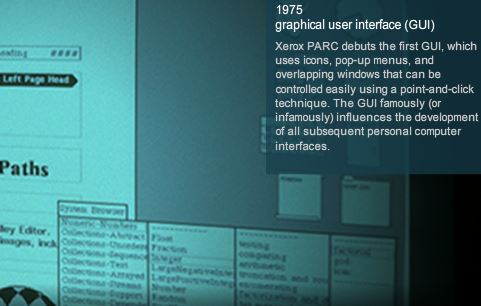 In 1973, at Xerox PARC, the first computer with a graphical user interface was developed, the Xerox Alto. While the Xerox Alto was developed for research purposes, with the Xerox Star in 1981 a commercial computer was released. This one could be already operated by a mouse through a desktop with menus and windows.

A certain Steve Jobs visited Xerox PARC in 1979 and there he saw the computer with GUI which marked a significant turn in the development.

Inspired by this amazing experience in 1983 Steve Jobs brought  out  „The Apple Lisa“ on the market.

„The Lisa“ was one of the first personal computer that had a mouse and an operating system with a graphical user interface. Because of the high price of around $ 10,000, the computer sold poorly, and Apple stopped production in already 1984.

In the computer history „Lisa“ is considered as predecessor of the much cheaper, but technically similar Apple Macintosh. The „Mac“ was produced in greater quantities and could therefore be offered at a lower price.

Ted Nelson’s idea of an intuitive use for personal computers may still not be reached, but the usability is improving very fast. It always needs a mastermind, a madman with an idea which seems at the present time unrealisable or sometimes just unaffordable to invent something new. We may not know who was inspired by Nelson’s „Computer Lib / Dream Machines“ but the result counts.

Spread ideas your ideas with the world! You may not be able to do it, but someone else may!

For closing this post I want to share with you something classic … be brave enough to stand out from the crowd and change things you do not like, it is in your hand, it is in our hands!